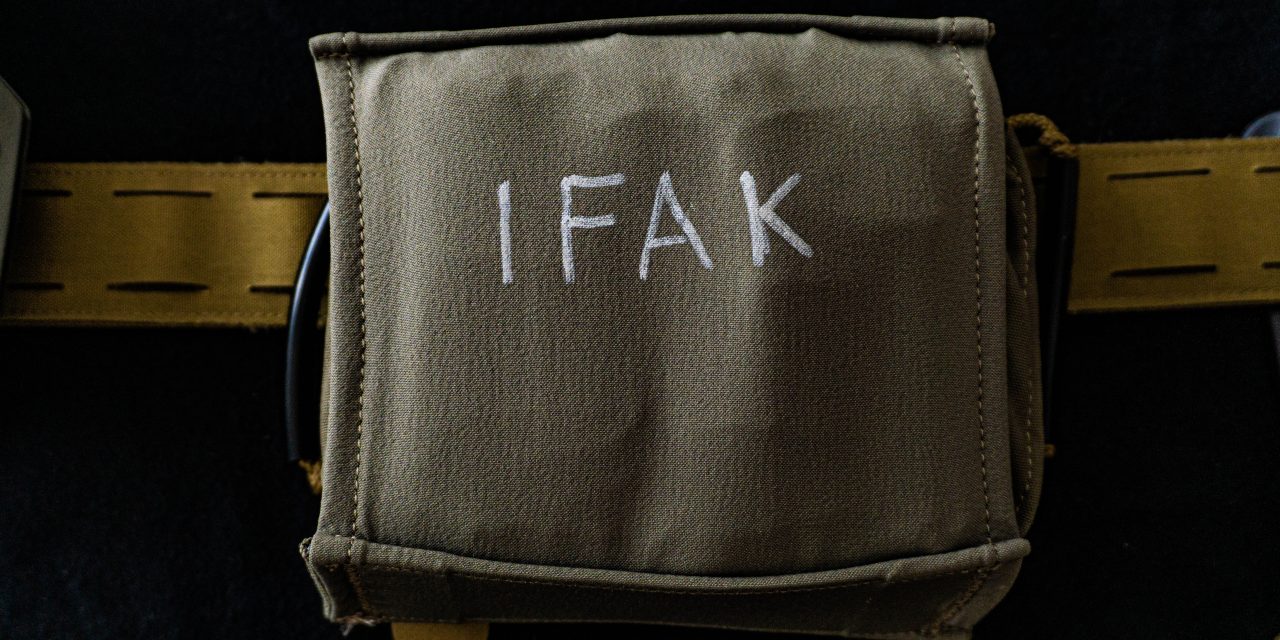 Generally carrying a modern IFAK on your first or second line belongs to the basics of every gear setup for almost two decades now. But where to carry it is still a topic for long lasting debates. From my point of view its most important to have common SOPs when it comes to IFAK placement. So everyone in your unit should carry the same kit on the same spot. To shred weight, I usually place mine in the thigh pockets of my trousers, ditching the idea of an IFAK pocket.

The Velocity Systems Low-Vis Blowout kit mounted to a belt.

But there are many situations where there is no SOP (e.g. rangeday and trainings) for placing an IFAK the same way. In such situations, placing your IFAK inside your pants pockets may make it hard to find. In those situations, I go for a belt mounted IFAK and I liked to use Blue Force Gears Trauma Kit Now Micro pouch. After some simulated use and thought process I came to the conclusion that a micro trauma kit didn’t really offer enough space to carry enough dressing materials for the potential first responder who would treat a GSW on my very own person. This is where the Low-Vis Blowout Kit by Velocity Systems comes into play. It offers almost four times the amount of space that a micro trauma kit now offers, while still maintaining the ability to be belt mounted.

The construction of the LV-BOK is a made up of two main components. The carrier sleeve as well as the components pouch. The components pouch is a simple zippered, clamshell style pocket that features a hook Velcro square and two reinforced pull handles on the back. On its inside you find enough space and elastic organization to store and organize a standard IFAK. The components pouch main fabric is 500DEN Cordura.

Frontal view of the components pouch.

Carrier Sleeve Construction is made up of Tweave and reinforced webbing.

The carrier sleeve on the other hand is made like a sleeve with the left and right sides open. The fabric used is Tweave, to get some compression when the components pouch is attached to the loop Velcro on the inside. To make inserting and pulling out the components pouch easier Velocity Systems reinforced the top and the bottom of the LV-BLOK with a small, rigid plastic sheet. The carrier sleeve also features two kinds of attachment on the back. One is a very sturdy, 50mm belt sleeve that lets you anchor your pouch to most minimalist second lines. The other attachment method is a PALS compatible, Blue Force Gear licensed helium whisper backer, which I still think of as the best PALS attachment method on the market as it is easy to weave, holds up tight, is very lightweight and almost adds no extra bulk to the pouch construction.

The Helium Whisper Attachment System is really thin and lightweight.

The carrier sleeve however lacks a loop field for an IFAK marker patch on the outside. I solved this problem by writing “IFAK” and my blood group with a white marker pen to the front and the top of the sleeve, so everyone will see what is inside. The other, more elegant method would be sewing a loop Velcro piece to the outside of the sleeve.

The components pouch fuses with the sleeve using a Velcro square.

So, lets have a look at the operation of the pouch. As you might guess, its intended usage procedure is to mount it on the back position of a belt or platecarrier. This offers many pros like the pouch not being in the way of your fighting load, and always being accessible by the user, as long as he isn’t completely cramped into debris or car parts. Another benefit is the usage of this pouch in combination with body armor and civilian car seats. Whoever rode a vehicle with civilian car seats, using body armor knows that this can be a real pain in the ass as your lower back can’t really get any relief. In those situations, the Low Vis Blow Out kit works like a pillow and closes the normally open area between your lower back and the seat.

Pull Tabs allow you ambidextrous acess to the LV-BLOK. Reinforced Pull handles help in indexing it.

Of course, there is always a con. However, this is a general con to rear facing IFAKs in general and not specifically to Velocity systems solution but it can be a big one, especially when you work with people that don’t know your IFAKs location, but let me explain. The chances are good, that when you get wounded you become unconscious and the chances are even that you are laying on your back. A first responder will also put you on your back most likely. So the problem evolves when you think about an first responder looking for your IFAK he may be unable to do so. But as said before, this is a problem that is based on the solution and can be outweighed by the pros.

Organization of the pouches contents.

Another pro is the size of the IFAK which is enough for me to carry the following pieces of medical equipment inside:

All contents I put into the pouch displayed.

This is enough material to threat one “medium sized” GSW and some breathing and airway issues as well as achieving some protection from exposure. Keep in mind that many other compact sized IFAKs on the market don’t have enough space to carry enough wound packing material to really make a difference on a serious gunshot wound.

Looking at the final product we can clearly see the requirements behind this pouch and how Velocity Systems managed to achieve them. As always with Velocity Systems products the stitching quality is second to none. The design is nothing completely new, but it is perhaps the best executed rear mounted side pull IFAK on the market. The size is somewhere between a micro and a regular IFAK and I think that the most unique aspect of this product is in fact its sizing combined with the dimensions chosen. I never felt that this pouch is really in the way or even hindering me, even when wearing a platecarrier with a back panel on it, it felt like the pouch is carrying a bit of the carrier’s weight.

You can get the Low-Vis Blow-out Kit directly from Velocity Systems. 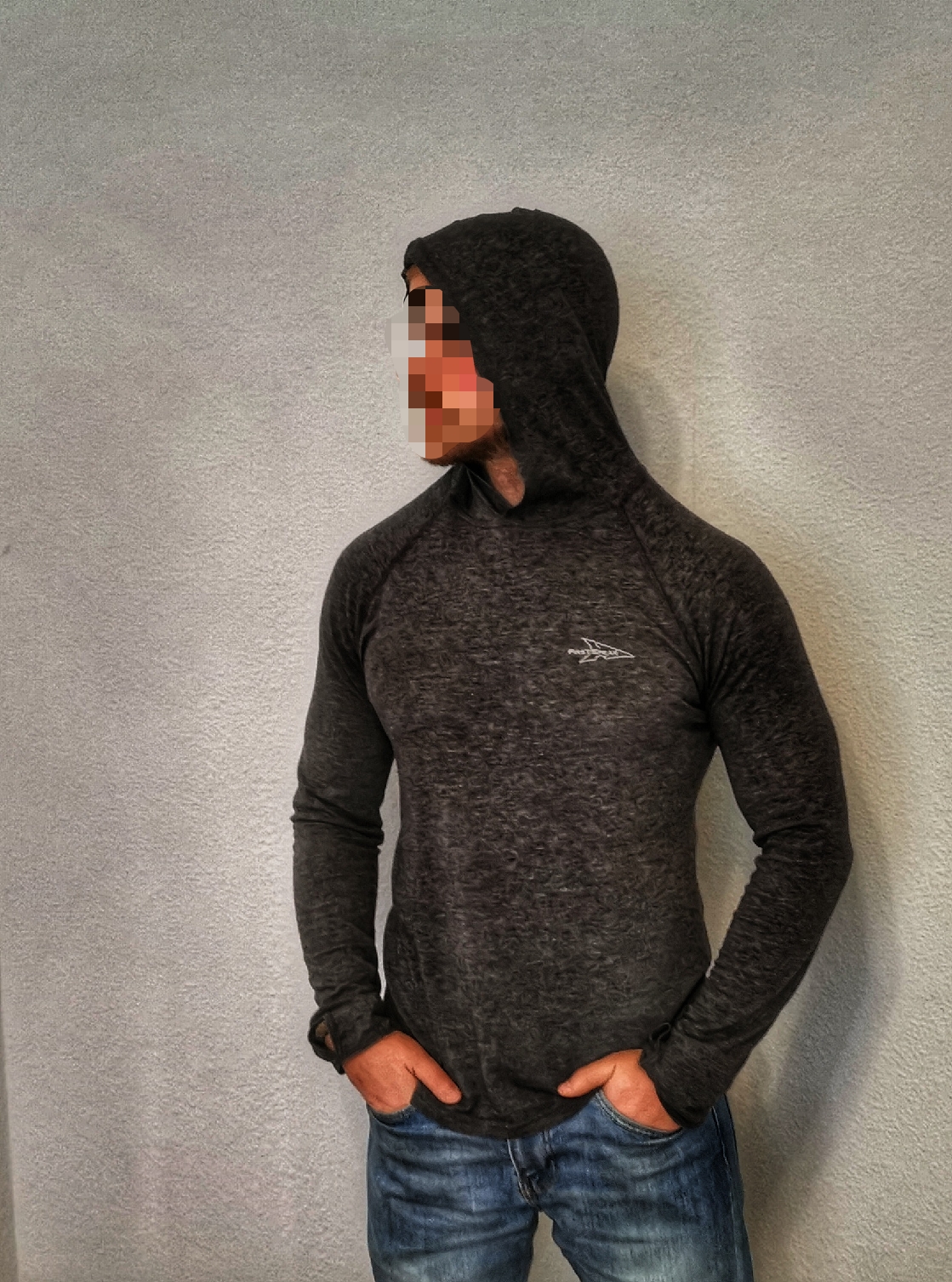 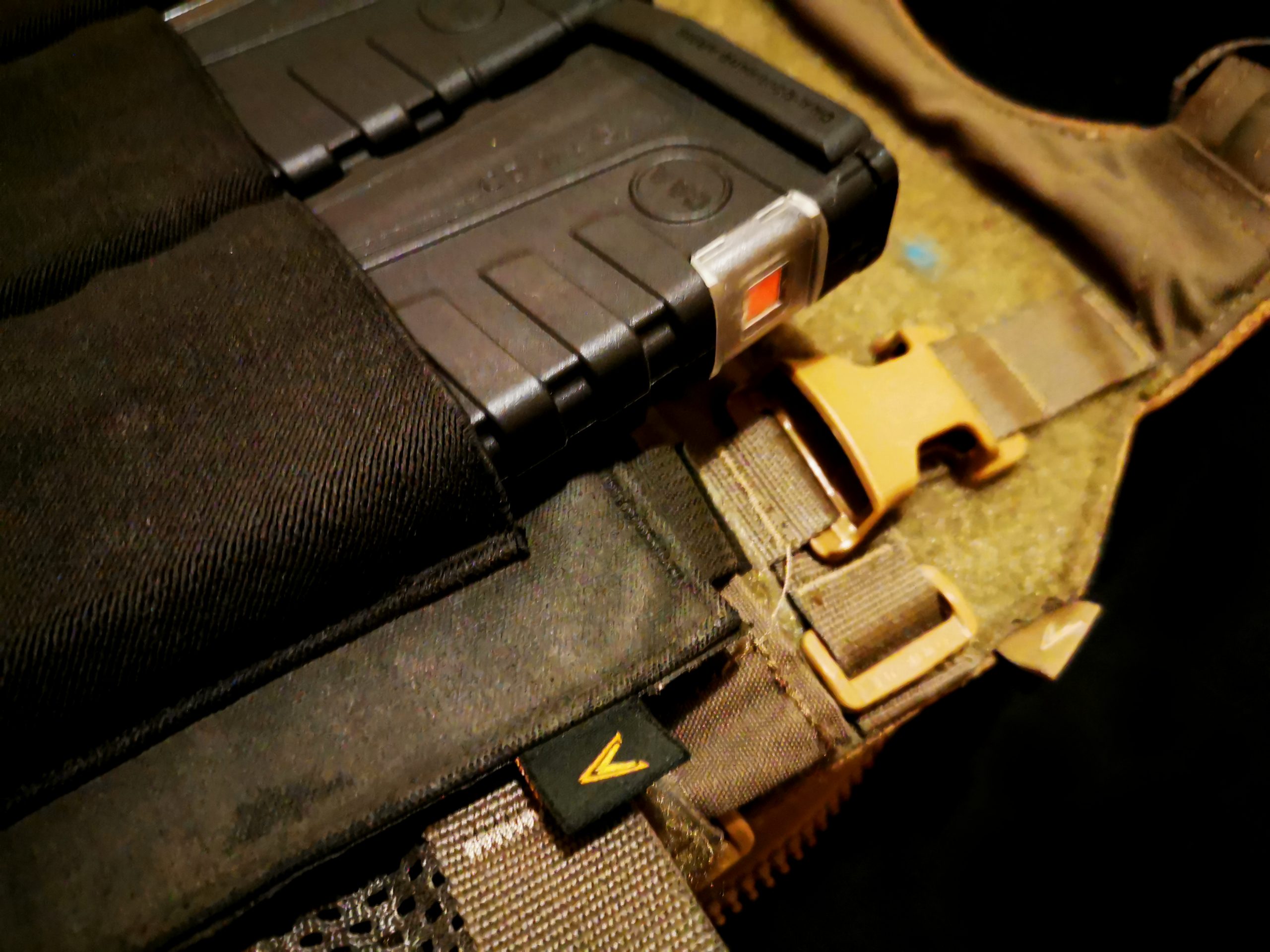 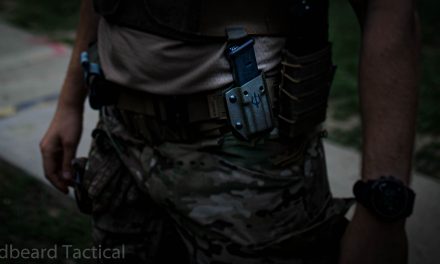 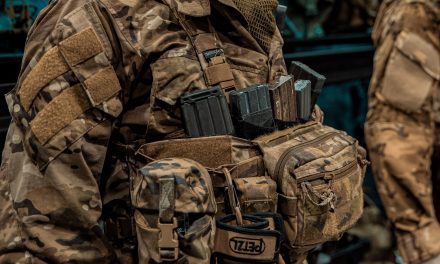