After my Velocity Systems SCARAB LT has become a more and more assaulter specific setup. I was looking to set-up a second PC that would serve as a GP/ Range rig, especially for teaching classes. This time I opted for something minimalistic, that would just fit my needs while teaching a class or used in a rapid response role. I intentionally avoided any dependencies on a belt kit or other things, also every piece of kit I mounted should be able to be manipulated by myself, without any help.

I rediscovered my old trusty Mayflower APC. While the SCARAB is Velocity Systems Flagship carrier, the APC is more of Velocities utility product. It lacks the free-swinging shoulders and the detachable flap of the SCARAB, but features a built-in admin pouch, as well as PALS webbing on the chest.

I wanted to create a loadout that would fulfill the following requirements:

The APCs Admin Pouch gave me room for a notebook, chemlights and a sharpie marker and also some spare room, basically everything I need for administrative when teaching a class. I added a Princeton Tec MPLS MOLLE Adapter to the PALS front of the Admin Pouch, it would accept my Princeton-Tec Remix Pro, which would give me a modular, chest mounted lighting system for orientation, reading and signaling.

IFAK placement was the next big question. As I wanted my new loadout to be independent from any belt, I decided to add a TYR Tactical large GP Pouch to my left front, giving me room for a full IFAK. I marked it as an IFAK by drawing a black cross and my blood type with a sharpie marker right on the front flap. The GP pouch simply houses a zip loc and is accessible with both hands, as it doesn’t have a zipper, but a plain Velcro flap. Of course, there are fancier IFAKs out there, but the “good old” SAW pouch still works.

On the right cummerbund, next to the front flap, I added a TERRA-B discreet pouch. This would hold my normally loaded rifle mag during breaks while not being in the way when empty and also ensuring a good pistol draw. It also makes a good GP pouch for small items.

The last thing I mounted directly to the PC, where two small sized TYR pouches, for batteries and boo-boo kit. As I wanted to keep my profile as low as possible, I decided to thread them only through the lowest row of PALS webbing on the APCs front flap. This resulted in having something akin to an extra small dangler pouch. It really works well and doesn’t restrict movement in any way.

Talking about the combat loadout, I first wanted to go with the Velocity Systems Placards I normally prefer. But after reading “The Reptile Houses” excellent article on the Shaw Concepts placard, I changed my mind. I also wanted something that gave me really quick access. So, I modified Terra-B´s three mag elastic placard by adding two small discreet pouches to the left and the right and a small, elastic TQ pouch to the center. When working with AR15 mags, like I do mostly, I could insert TERRA-B´s discreet inserts, which were designed in collaboration with our team for adding retention and speed.

If working with more exotic calibers, I could simply remove the insert, this would also work with bangs and smoke. The TQ pouch on the center gives me quick, ambidextrous access to the Tourniquet and a decompression needle, while the second TQ and a second needle is stored in the IFAK. Adding the two small discreet pouches make me able to carry two pistol reloads and/ or a multitool and a tactical flashlight. As all pouches on this loadout are elastic, it stays flat when not loaded. I also could take of the placard for completely slick front.

This loadout is pretty basic by intention. If I had to use a radio, I could simply add a radio pouch to the front, or even stuff it into the (now unused) kangaroo pouch of the APCs front flap or even into the cummerbund’s internal pockets. I could also add more than just a riggers belt and a holster by using my shooters belt, which would give me a second IFAK, an additional rifle reload and two more pistol reloads.

Options in the future may include exchanging the small GP pouch for a full “dangler style” pouch, which could also replace the IFAK, or just to give me additional room for miscellaneous stuff. I also still have the option to add other placards like the mayflower .308 or UW Gen 4 designs, this again shows how versatile the concept of replaceable front flaps is. The next thing I have in mind, to make the setup even more modular is to add a Velocity Systems CW belt if even less space is needed.

I am looking forward to the times when the current virus stuff is over and I can hit the range again to test the setup during some classes. Its always a pleasure to spot unexpected weaknesses and advantages in a setup.

So, what do you think of this loadout? Let us know in the comments section on our IG account. 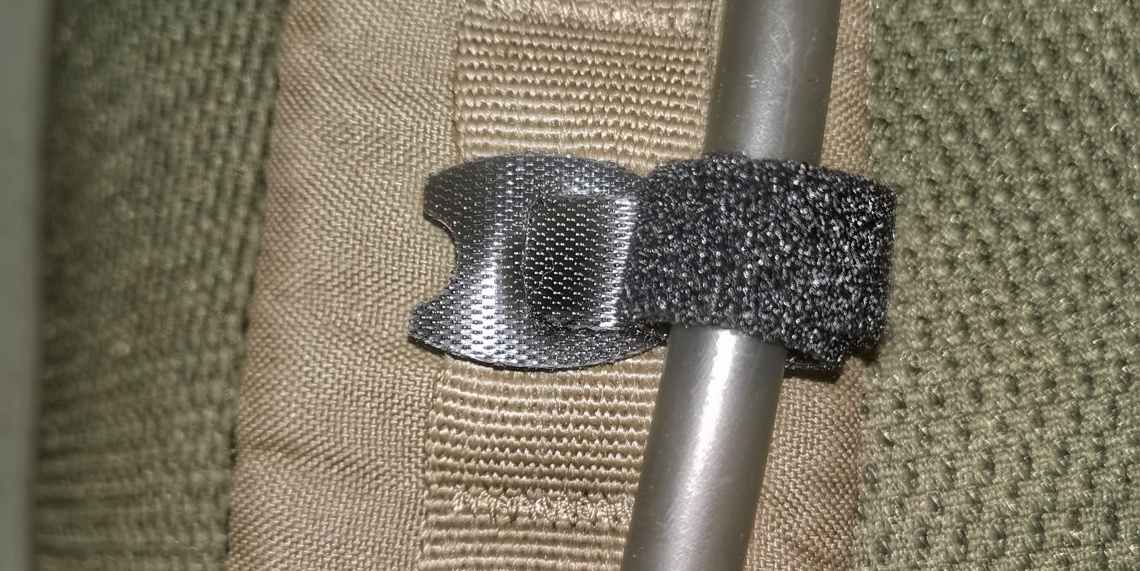 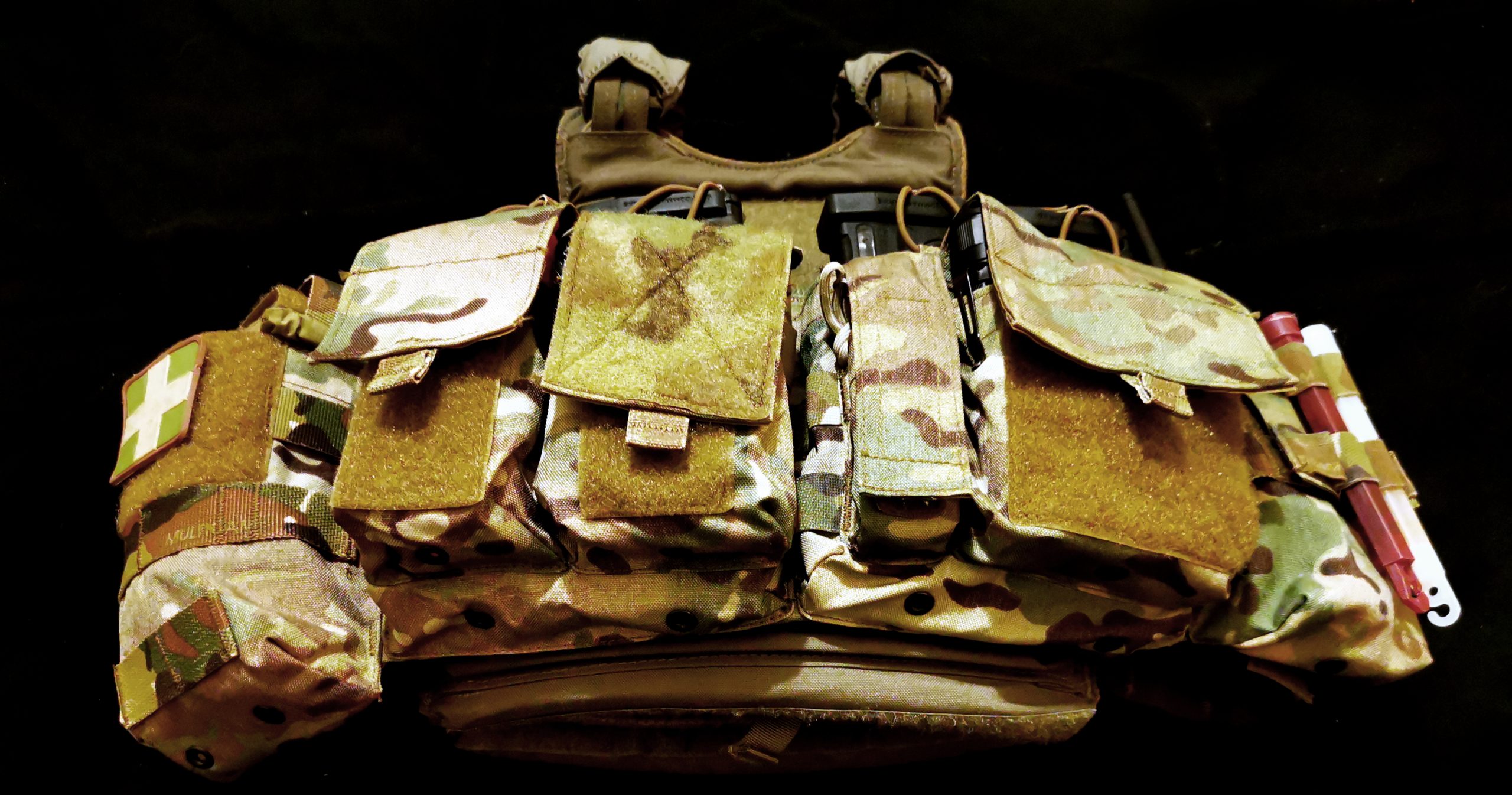 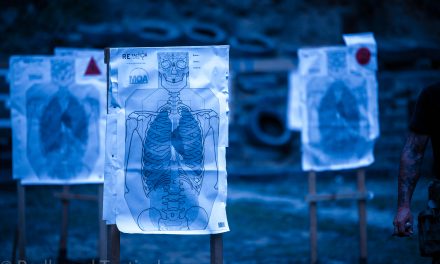