Some days ago we were very fortunate to meet Ralf Kassner, former GSG-9 operator and CEO of Wodan Security during the S4 Open day. While hanging out with Ralf we decided to do an Interview with him. Not only about his upcoming international bodyguard conference, but also about his background, his company and his future plans.

RBT: Hey Ralf, thanks for your time, it’s always a pleasure to meet up with you. We are here at the S4 Open Day which is in some kind of way a replacement for the IWA which was delayed because of the Corona pandemic. What do you think about the whole situation?

Ralf Kassner: Well, I also thank you for your time and being here, this event isn’t IWA but it’s great there is someone who is doing something for all the vendors. I think that Corona will face us with many serious challenges which are caused by the fact that crisis management in Germany is still way behind the standards it should be, the right people, with the right expertise need to be in charge during such times. This is – and I am not talking about parties or politics here, not the fact in Germany. There is so much we could have learned, but missed, in the past from countries like Thailand, which is constantly faced with epidemics. Besides the fact that those countries have a much smaller budget, they are prepared for the worst because they have their pre-crisis planning on spot and the right people to make the decisions.

There is so much we could have learned, but missed, in the past.

In reaction to a crisis you always need extreme responses, which would actually mean we shouldn’t be allowed to sit together here. But this is comparable to tearing of an adhesive bandage. You could do it slowly, but it will result in a longer period of pain. But you could also do it in under a second, which will result in a short period of pain. Of course people who haven’t experience in ripping of a bandage desire to do it slowly. Learning from other countries would prevent us from this undesirable experience.

RBT: 2020 seems to become a busy year for Wodan Security. Would you be so kind to tell our readers about your person and your company?

Ralf Kassner: My background is that I served in several law enforcement units, foremost the GSG9 and the SEK of NRW. After leaving the police I chose to work in close protection, one of my first clients in this sector was a big cruise line, nowadays I work worldwide as a CPO and Instructor with my own company, Wodan Security, which I founded in 2014. Wodan Security is a team of experienced individuals that all feature a police or military SF background from several units, branches and agencies. We are providing Close Protection with our operative wing, but we also focus on training and consulting. This mix of skills is something that makes Wodan Security unique. We are also not only trainers, we are also lifelong students, that’s why we are always attending conferences, trainings and expos of many other providers worldwide, to keep our skills and knowledge up to date. Also, three of my employees are certified SIA instructors, which is unique in Germany.

RBT: You will be the host of the 5th international bodyguard conference. We really enjoyed training with you and you team, what is the main idea behind the IBC? What sets the IBC apart from other training events?

Ralf Kassner: In my point of view, the IBC isn’t different, it is pretty unique. That’s because our main idea is to bring professionals from corporate close protection, LEO and the military to one place to develop tactics for small teams that are compatible to the different SOPs of each of our students. Everyone can learn from everyone, no matter if corporate security, PMC, military close protection or Law Enforcement.

“The IBC isn’t all about training, its about making friendships and building Networks…”

Each year Iam also assembling a team of reputable instrutors from all around the world, that you usually wont see teaching together at one event. Again its about the mix. But the IBC isn’t all about training, its about making friendships and building networks with people from completely different branches of the close protection sector and simply having a good time. Perhaps your next mission will take you to a completely different country, but during the IBC you met someone who works or even lives there. Attending the IBC should always be seen as a force multiplier.

RBT: Do you think that high risk CPO training is only important for guys working in hostile environments? Or is it also applicable in scenarios in central Europe? If yes, why?

Ralf Kassner: The world has changed; we have a growing number of armed conflicts. Even in Europe we have a full grown armed conflict going on in the Ukraine. Terror attacks get more and more common and more qualified. But its not only about terrorism, the organized crime gets more and more professional and better equipped. Violence got a completely new quality in the last years. We can also expect things like attackers disguised as policemen or first responders.

“Violence got a completely new quality in the last years.”

That’s why it is very important to keep yourself updated by attending an intelligent training for extreme situations, even in Europe. No one will be able to handle this new violence by hitting a target with 20 rounds from a static position 10 meters away. At the IBC, as you have experienced yourself- we train dynamic. Using stress drills, pyrotechnics and combining shooting, CQC and movement to simulate a realistic environment.

RBT: Any other plans on training classes this year?

Ralf Kassner: We will also offer some more focused classes, there will be a SIA licensed CPO class, two hostile environment trainings and a CQB class.

But we are not the kind of company that does countless classes every week, because there is still our operative and consultative wing, that needs to go on missions and also train itself. Also we prefer quality over quantity.

RBT: Lets talk about guns and gear! What is your handgun of choice and what is your favorite gear manufacturer?

Ralf Kassner: Well, Paolo Simeone said something like this some time ago: “Iam not this affine to weapons, because I have to use the weapon I get issued.” This reflects my own views on this topic, as Iam pretty old-school, I don’t have problems with shooting an AK or something that isn’t fancy, especially because most of the time the distance of a gun fight will be under 50 meters.

Personally, I like SIG for handguns very much. When it comes to gear and clothing, especially the younger members of my team are often to say thing like: “We need Crye, we need this or we need that”. I´m not a gucci guy, of course I have some brands that I really like, for example Viktos, Crye or Arcteryx are some of my favorites . But Iam not that much of a gear whore.

RBT: What is your way to keep yourself fit, physical and tactical?

Ralf Kassner: Iam really trying to do sports all the days that actually allow it. I like to go running, lifting weights in the gym and I also do lots of boxing as often as possible. Tactically and mentally I attend, as I said before, many classes all around the world. But I also attend topic related lectures, expos and conferences. I try to expand my mindset internationally, Iam not only looking at our own standards, for example I always look at what are other countries, like the Americans or the Israelis, are up to. Next month for example I will travel to Wales to attend an anti-terror conference. The same applies to my employees, with the exception that they don’t need to train as often because they are young ?.

We are also attempting to attend at least one medic training a year. We also try to hit the range together as often as possible. Training together isn’t just shooting and medic, its also simulated or actual pre mission planning and risk assessment to improve the communication between my team members.

RBT: You served in one of the most respected police units worldwide. What sets the German GSG9 apart from other units?

Ralf Kassner: The GSG-9 was and still is one of the leading units worldwide, with a top-notch reputation. But also the other comparable European Units have a top-notch training standard. This is especially because of institutions like the ATLAS Network, which is also based on training together and the exchange of knowledge. The GSG-9 was one of the founding Members of ATLAS. The GSG-9 is also host of the Combat Team Competition, over 40 different units are attending this event every time. That’s why I think that the GSG-9 is not only operationally one of the most capable Police Units, but it is also contributing a big chunk to building and holding up an international community. Iam also hoping that there will be more joint efforts between the KSK and the GSG-9, as I think that both units can learn a lot from each other. There are already a lot of joint efforts, but I think training together more will only improve things.

RBT: Thank you for your time Ralf!

Ralf Kassner: Thank you for the interview.

Thanks for reading. To learn more about Wodan Security you can visit their webpage. If you want to register for the 5th IBC, click here. 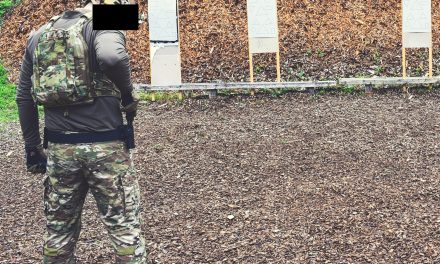 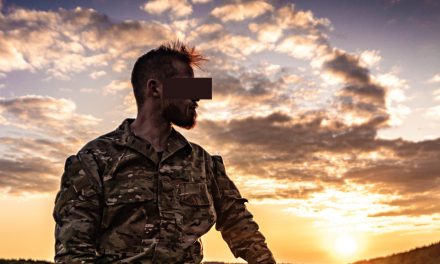 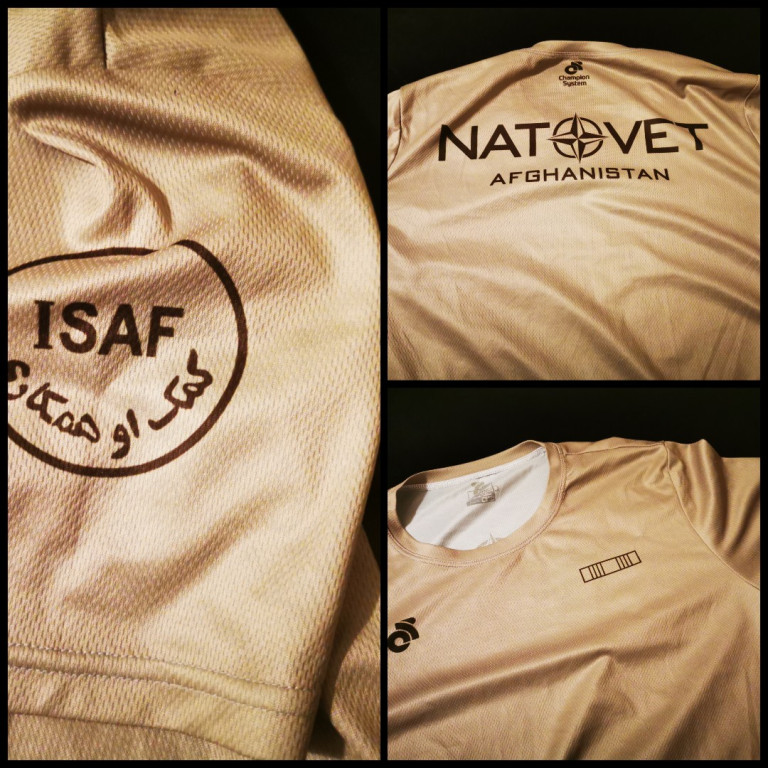 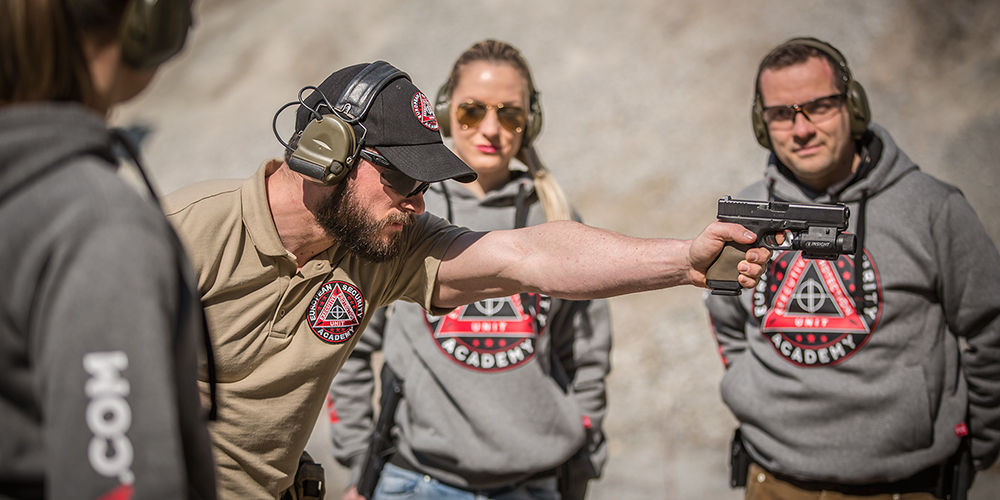